Understand the Concept of SQL Error 3013

Elements that do not contain user data on tape devices are known as ‘Filemarks’. They work towards dividing partitions into smaller segments for ensuring unified and organized storage patterns. The major task of the ‘filemarks’ is to split data from all individual files existing on the disk volume.

When this filemark from the backup device becomes inaccessible; the SQL Server error 3013 takes place.

Error Msg 3102
RESTORE cannot process database "a" because it is in use by this session. It is recommended that the master database be used when performing this operation.

There are three types of filemarks:

There are varieties of reasons responsible for the occurrence of this error message and some of the common factors are:

The occurrence factors vary depending upon the versions of SQL Server application and Operating Systems.

SQL Server 7.0: In this version of the application, the SQL Server backup error 3013 takes place when clustered index is been created in every filegroup on the table.

SQL Server 2000: In SQL Server 2000 and SQL Server 7.0, if a database less than 2 GB volume already exists and another database with volume of more than 2 GB are been restored on the existing database, the error message takes place.

SQL Server 2005: The error message might exist on this version of the application when it tried out restoring data files and log files together at single instance of time.

Resolution 1: This error message might be removed by using the following command. This will help erasing or deleting data from the backup device for allowing SQL Server program to implement new backup operation.

Resolution 2: If the backup restoration operation is the cause for occurrence of the error, file number can be specified for retrieval of consecutive backup sets existing within the backup device. Run the following command from Query Analyzer:

Following code can be used to specify particular backup set:

Note: Here, FileNumber denotes the series of backup set that needs to be restored.

Resolution 3: The error message can be rectified by performing full backup restoration operation. Uninstalling the application and then reinstalling it might help in removing the existing error. Another alternate resolution is that make sure the account under which the MS SQL Server service starts is the member of “Domain User Group” with write accesses for the Windows folders (share folders).

There are many reasons behind the occurrence of SQL Server backup database error 3013 and the manual resolution methods might result in loss of information. BAK file recovery software can be used to repair corrupt SQL Server backup file and restore it back to their original location. 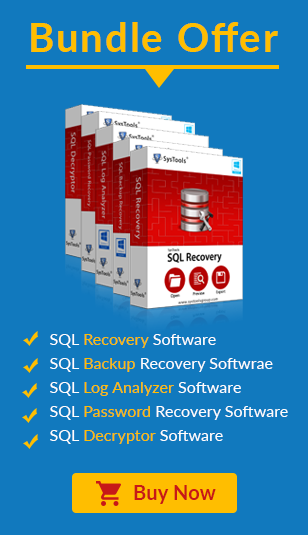